Fairy Tail: Dragon Cry (2017) - Events unfold around the Crying Dragon, which is a mysterious artifact that has tremendous power. It is so large that it can create a catastrophe, destroy the whole universe. Naturally, such things will always be in price, they will want to possess them to ensure personal needs and benefits. Something similar happened in this story: the vile state representative Zash stole an expensive item, sending it to the monarch Animus. Now it was necessary to return the treasure, to do everything possible, otherwise, the world is in serious danger. Enemies will not stop until they achieve what they want, they intend to go ahead ... 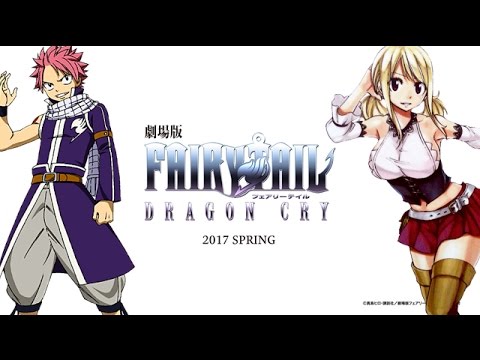 Fairy tail must fulfill the most important mission, the fate of the planet depended on its successful outcome. As a result, the courageous protagonists immediately began to carry out a complex assignment, counting only on victory. Before returning the thing, to prevent the tragedy, it was necessary to find out the true intentions of the enemy. Why did he need it, for what matters? What are the secret motives of a strange woman, Sonya, desperate to save her own country? The guys expected a lot of unexpected discoveries, miracles, shocking news, but they did not stop there, went forward, to the main goal ...